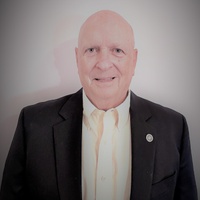 Jack began his Wall Street career in 1969 at Tucker Anthony & R. L Day. He worked there until 1987, leaving the firm as Managing Director of Operations. Immediately upon leaving Tucker Anthony, he joined his longtime friend, John Reid, and began the formation of Castle Financial Services, a prior name of BB&R. Created in 1988, BB&R began in a small office with three employees.  Now decades later we have grown to two offices with over 35 employees and $550,000,000 in client assets. He is a two-time past President of the Tinton Falls Rotary Club and was the President of the Board or Directors of Aslan Youth Ministries. Jack graduated from St. Francis University, Loretto, PA with a BA in Management in 1967.  Jack and his wife Mary were married in 1967 and raised there four children in Little Silver, NJ.  They are now the proud grandparents to fourteen grandchildren that provide them with many cherished memories.